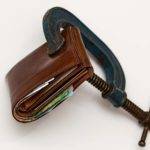 Owners of New Jersey C-Corps should keep in touch with their accounting and tax advisors as potential tax surcharges could impact them if passed into law. New Jersey may already have some of the highest tax rates in the country in the works, so NJ C-Corps, NJ S-Corps and NJ LLCs are already feeling the burn.

“State Senate President Steve Sweeney unveiled a proposal Tuesday that would raise the corporate business tax rate to 12 percent for businesses registered as C-corporations and earning more than $1 million. The “surcharge” proposed by Sweeney, D-3rd District, would raise the tax rate by three percentage points. “My bill would recapture a portion of that corporate windfall to fund programs that will make New Jersey a better place to live and work.” Sweeney said the plan is in response to the recently enacted federal tax reform plan in which corporations benefitted from a tax cut. Sweeney said he believes his proposal could yield about $657 million in new revenue.”