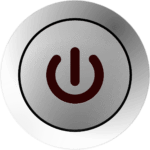 “New Jersey is one of the states least affected by the federal government shutdown, now in its 13th day, according to a Thursday study by personal-finance website WalletHub. The nationwide study compared all 50 states and the District of Columbia using five metrics: share of federal jobs, federal contract dollars per capita, access to national parks, the percentage of families receiving food stamps and real estate as a percentage of a state’s gross domestic product. New Jersey ranked 45th in its share of federal jobs, 31st in federal contract dollars per capita, 39th in access to national parks and 43rd in percentage of families receiving food stamps.”