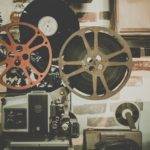 New Jersey is back in the film and television business and will provide millions in entertainment tax credits. Will we see Game of Thrones: Jersey Shore Edition?

“Gov. Phil Murphy signed a much-anticipated bill that would provide upward of $85 million in film tax credits a year, in an effort to bolster the state’s film industry. The bill…was tweaked following a conditional veto by Murphy, so that the bill’s proponents would insert language covering reality TV shows, which had been previously excluded. Senate Bill 122, the Garden State Film and Digital Media Jobs Act, would restore tax-credit incentives for New Jersey-based productions.“The film and digital media industry is poised to become a dynamic part of New Jersey’s economy, one that will create good-paying union jobs and countless residual benefits to the community,” Murphy said in his signature statement.”