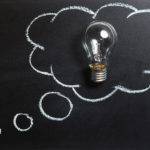 Beth Simone Noveck will be the state’s first-ever chief innovation officer. Her role will task her with many important responsibilities that will directly affect New Jersey’s economy. We wish her well, as other states are increasingly eager to poach our companies and people:

“Gov. Phil Murphy named New Jersey’s first chief innovation officer, his administration announced Monday. Beth Simone Noveck will be taking on the role. Murphy said the appointment comes from his promise to spur and expand an innovation economy in New Jersey. In her role, Noveck will be responsible for..Designing and deploying government services; Solving public problems through new technologies and collaborating with other governments, the private sector and higher education;

Creating a 21st century government that makes decisions with data and collective intelligence; and Stimulating entrepreneurship and business growth while protecting workers and consumers by crafting policies to respond to new technology.”